A biblical view of ‘Birdbox’ and why it matters to Christians

A biblical view of ‘Birdbox’ and why it matters to Christians 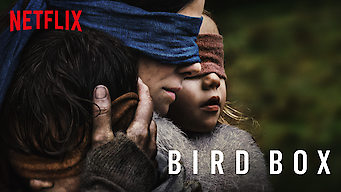 If you have Netflix, you’ve seen Birdbox. Maybe that’s a large assumption, but it’s kind of true. If you haven’t seen it, chances are you’ve heard of it.

If you have seen Birdbox, then you’ve probably ended the movie thinking, “What the hell did I just watch?” There are evil spirits, mass suicides, and blindfolded children walking through the woods. Not to mention the death grip on the couch and sweaty palms that started about three seconds into the movie.

At first pass, this may seem like a psychological thriller for the sake of terror, since it largely withholds any explanation about the meaning of the movie. And honestly, it may seem a little more “evil” than what some Christians are comfortable with, and that’s okay. However,  there is some depth to this movie that Christians (and frankly, all people) should observe.

There it is. The meaning of the movie.

The underlying premise of the movie is the impact of mental illness and the desperate need for society to see the struggle. The “evil spirit” that is making everyone commit suicide represents the catastrophic thoughts that people with mental illness live with every day. They are consuming, and they prey on the deepest fears in a person’s soul.

For people who have never battled mental illness or don’t understand it, the sudden experience of these thoughts can be overwhelming. Often, they cannot handle the depth of their fears, which leads to thoughts or attempts of suicide.

The people with the silver eyes who try to get others to look at the “spirit” — those are the people who have mental illness. To them, these thoughts are normal. These thoughts are home. They are not weird or scary; they are simply familiar with living with their darkest fears. In the same way that people with mental illness try to get society to look at their struggle and recognize the daily battle that they fight, the people with the silver eyes are trying to get the others to see what they see on a daily basis.

The blind people at the end of the movie — they seem to be the biggest question mark of the whole story. But actually, they play the most crucial role in the survival of humanity. The blind people represent those who have seen the darkness of mental illness; they have walked through it and are now immune. They cannot see it any longer. These are the people who sought refuge, and who turned to each other for strength and support.

You cannot battle mental illness alone, which is why the community of the blind people is so powerful. And it’s why community is what Sandra Bullock turns to when the world is falling apart.

So, watch Birdbox again through the perspective of mental illness. It’ll open your eyes to an entirely new way of thinking (pun intended).