We believe that Jesus is the Son of God. We believe that He really lived on this earth, He performed miracles, He was crucified and He really walked out of the grave three days after His death.

But we don’t just believe these things because they are in the Bible. That’s circular reasoning, and it doesn’t do justice to the intellect of the God of the universe.

We believe these things because we have historical proof that Jesus lived, died and walked out of a grave. There are eye witness testimonials of more than 600 people who saw a resurrected Jesus just days after his crucifixion. Not a “ghost” Jesus, but a living, breathing, teaching Jesus who continued to perform miracles for 40 days before He ascended to heaven.

And here’s what else we know – these beliefs sound crazy. Trust us, we understand your skepticism. But doesn’t it make sense that a story that sounds that crazy would have to be backed up by irrevocable FACT for it to have survived and grown for this long? Doesn’t it make sense that when people were being killed in the 1st century for sharing their eye-witness testimonies about interacting with a resurrected Jesus, there has to be some truth to what they were willing to die for? Sure, people die all of the time for what they believe, but they don’t choose to die for a story they know is a lie.

So are you willing to see if there is some truth in this Jesus thing?

If you’re interested to see what this Jesus movement is about, follow UNFILTERED Radio, Monday-Friday from 9:30-10am or catch the podcasts here. 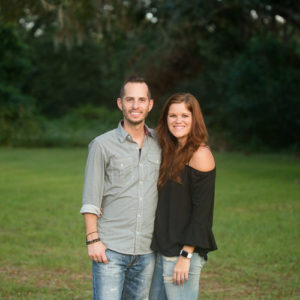 My wife, Nicole, and I want to personally invite you to check out UNFILTERED Radio as a way to discover who Jesus really is and what is means to authentically follow Him.

We’ve always had a passion for breaking down unnecessary barriers to the Gospel. Several years ago, we joined forces wtih a small group of Jesus followers to launch Centerpoint Church. Centerpoint was launched as “an alternative to church as usual.” Our heartbeat is to be a church where long-time followers of Jesus could grow in their faith and, simultaneously, people could investigate faith. So, for us “an alternative to church as usual” means: the safest place in the world for anybody struggling with anything; welcoming every person–from every background imaginable–and answering questions people are asking; serving the people in the community; and being all about Jesus. So, if you are a Jesus follower, we want to help you grow in your relationship with Jesus. And, if you are investigating the claims of Jesus, we want you to know that this is a safe place to do that. In fact, you can belong here before you ever believe.

We are a movement on mission, in our city and in our world, to amplify the name of Jesus and to lead people to experience the love and grace He offers.

UNFILTERED Radio is a way for us to spread the reckless love and grace of Jesus with a larger audience. We are not perfect. But Jesus is. Thankfully, we are a Jesus church.