Jesus & Superheroes: Why we need them both

Jesus & Superheroes: Why we need them both 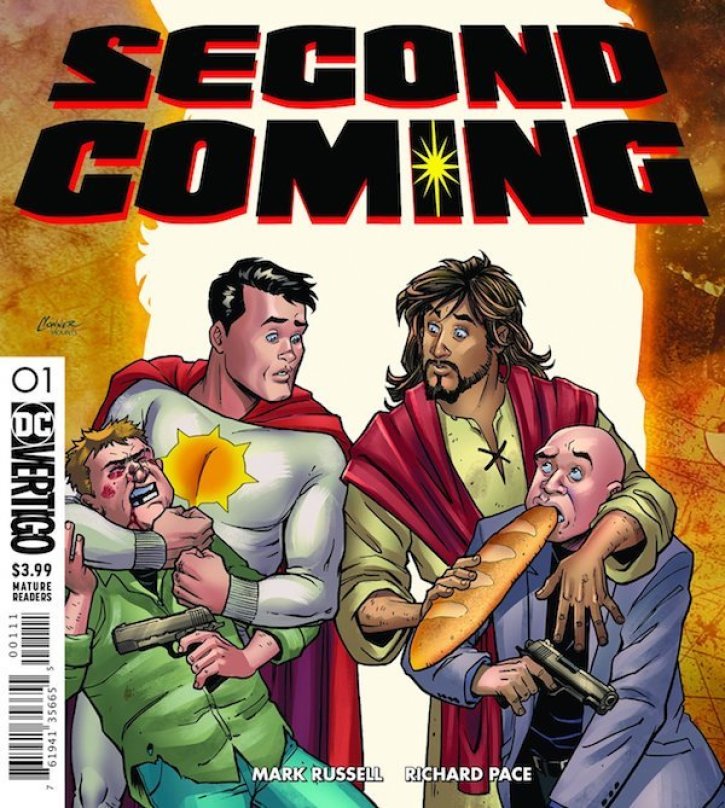 Last month, in a rare explicit depiction of a global religious figure, DC comics announced a brand-new comic about the return of Jesus Christ titled Second Coming. In the series, Jesus is sent down to earth to learn what it takes to be the true Messiah. To do this he becomes roommates with Sun-Man, the Last Son of Krispex, the world’s favorite savior. When he arrives, Jesus soon discovers what has become of his gospel — and now aims to set the record straight.

This announcement is amazing to me as I am both a long-time fan of comics and a Christian. I’ve been waiting to see a comic book company take on issues of religion explicitly. I find the concept refreshing.

Jesus has been more influential in comics than you may realize

I’ve often seen the religious undertones of my favorite heroes go unnoticed by the general population. Superman is the most obvious example of a messianic figure in DC’s pantheon of heroes. In the comics, Superman is traditionally portrayed as the moral compass humanity should follow. Much like Jesus, Superman is selfless and makes sacrifices to save humanity, including the most vulnerable people in our society. Famously, Superman also dies in the Death of Superman series when he kills Doomsday and later comes back to life.

However, not all superheroes have such staunch religious archetypes. Marvel Comics is famous for their flawed heroes. In 2008’s blockbuster Iron Man, the hero, Tony Stark, is portrayed as an alcoholic playboy. Stark spends the money he makes from war profiteering on his wild lifestyle. Clearly, Stark is not a Superman.

In the film, Stark is captured by a terrorist organization that forces him to create weapons for their cause. During his captivity, he meets a Middle Eastern doctor who helps Stark plan his escape. When the escape unfolds, the doctor sacrifices himself so Tony can make it out alive.

The sacrifice made by this little known Middle Eastern man changes Stark’s heart. He re-evaluates his life and his values, leading him to do something about the suffering in our world. Eventually, this change of heart leads him to take on the mantle of Iron Man. Sounds familiar? If you’re a Christian, it should.

These are just a few examples of how undertones of faith make it into superhero comics and movies. The clear character arch of redemption weaved throughout Iron Man gives us a glimpse at our need to live for something greater than ourselves. And a hero like Superman becomes a messianic figure to show us a better way.

Faith has a place in the comic book universe

This is why it gets me excited when comic book writers getting deeper into the world of faith. The depth of characters and story that can be drawn from the deep wells of the human experience in the Bible and other religious texts is virtually limitless. On top of that, the need for a savior is made ever more present. We look at these heroes and remind ourselves that we all need someone to save us. We need someone to show us the way and overcome the evils we see in our world.